Blake walked away from a pro baseball career to devote to developing his music. His first album "Soul for Sail" offers a stunning collection of originals that you can now play through as a reflective experience..

This racerback tank is soft, lightweight, and form-fitting with a flattering cut and raw edge seams for an edgy touch.

This is a structured camper style cap with a firm front panel.

Searching for purpose, singer-songwriter Blake Hassebrock walked away from a promising professional baseball career with the Oakland A's, sold his belongings, and retreated to an old 26’ sailboat along the Carolina coast. For over a year, Hassebrock lived in isolation, enchanted by the natural calm and the thrill of the free sea. His time on the water marks a re-birth, during which he wrote, re-wrote, and recorded the most beautifully introspective and emotionally wracked songs of his life. When he finally rejoined the world he emerged with something worth hearing, his debut album, “Soul for Sail,” which is becoming an indie/folk touchstone.   A decorated songwriter and gifted vocalist, Hassebrock’s poignant lyrics and rich tone have critics drawing comparisons to Lewis Capaldi, Ray Lamontagne, Bon Iver, and Damien Rice among others.   Debut album "Soul for Sail" was release March 6 and well received. Blake's second album "Woods and Water" is currently being released one song at a time on the 22nd of each month during 2021. The 22nd was his late father's birthday and also marks the birthday of his first son, adding a welcomed significance to the monthly release dates. 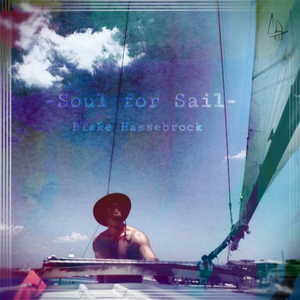 Blake releases his brand new album "Soul for Sail" today (03/06).
The album includes the award winning single "I Remember" along with eight other folk-soul singles produced by Morina Studios; "There’s a fine balance between melancholy and optimism in…